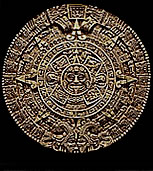 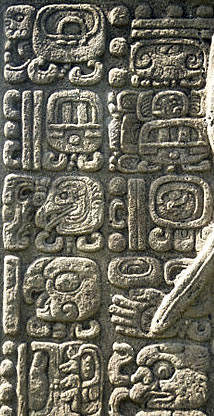 According to the "Goodman, Martinez-Hernandez, Thompson" correlation (nicknamed "GMT"), the most universally accepted method used for a correlation of dates between the Mayan and Gregorian calendars, the Mayan Long Count Calendar's starting point is August 11, 3114 BCE (4 Ajaw, 8 Kumk'u). It is commonly assumed that this beginning date (transposed by modern archaeologists as 1.0.0.0.0) refers to an important mythological event such as the creation of our current world. However, it should be stressed that this is pure speculation; as the exact reason for this particular date is not yet known.

Currently, the oldest known recording of a Long Count date, 36 BCE, was found on Stela 2 at Chiapa de Corzo in the state of Chiapas, Mexico. This site is one of the largest and earliest known settlements of Mesoamerica having been occupied from at least 1400 BCE until 600 CE. Because the inhabitants of this site were speakers of the Mixe-Zoque language with very pronounced ties to the Olmecs, it is now believed by many that the Mixe-Zoque peoples were the actual creators of the Long Count Calendar (if not the Olmecs). Hence, while the Long Count Calendar is commonly associated with the Maya and believed to be their invention, it is not. Therefore, it's actually more apt in referring to it as the Mesoamerican Long Count Calendar if the need is to identify an origin by specific culture.

A simplified explanation of the Long Count Calendar would be that it is a continuous "non-repeating" linear count utilizing 5 Mesoamerican cycles of time anchored to a starting base date and correlated to reoccur once every 5,125 years. Possibly the greatest of all innovations of the Mesoamericans was that they used place numeration (aka "positional meaning"), and developed the concept of zero specifically for a usage in their Long Count cycle [13, p.54 & 23, p.74]. Initially, historians had believed the first usage of zero had occurred in India around 500 CE [36, p.42]. Since it was already being used in Mesoamerica by at least 36 BCE, this would place the Mesoamerican utilization at more than five centuries prior.

Mayan Long Count recordings were commonly used by all Mayan kings who ordered that certain dates of historic significance be carved into stone stelae (monuments) for posterity. The Long Count dates were given as a permutation of rows and columns where the Mayan numbers are (primarilly) written in a system of dots and bars with the simple glyph of an eye-shaped shell to represent zero. Because the Maya used a 20 based (modified) vigesimal (as opposed to our common current 10 based decimal) number system, and also believed in the personification of days with each cycle of time having its own unique characteristics, facial symbols were also used to denote the numbers 1 through 19 and the zero in their pantheon of deities (see chart).

One completed cycle of the Mayan Long Count Calendar occurs every 13 Baktuns or 1,872,000 days (roughly 5,125 years). This is also referred to as the "Great Cycle" with the current 13th Baktun ending on the Calendar Round date: 4 Ajaw, 3 Kank'in. While this date (which corresponds to the Gregorian calendar date December 21, 2012) is currently receiving much media hype as a Mayan prophecy for our world's end; in truth, it's only found on one Mayan artifact, Tortuguero Monument 6 (see pic), which hasn't any mention of such an event. This type of statement is wholly the invention of Western scholars and mass media.    ( article by: Angel Tenez, 2009 ) 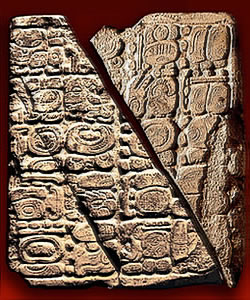