The Calendar Round is a term given for the 52 year cycle of 18,980 days used in the ancient calendar systems of Mesoamerica. While the ancient Mayan name for it is currently not known, we do know that the Aztecs (whose use of it followed the ancient Maya) had called it their "Xiuhmolpilli". With regard to the Maya, a simplified definition of the Calendar Round would be that it is a 52 year cycle which combines dates taken from the Tzolkin and Haab calendars.

An expanded definition of the Mayan Calendar Round would be that it is a mini-dating system of 52 Haab cycles (or 73 Tzolkin cycles) within the overall much larger and more complicated Mayan calendar system of time periods utilized - which fuses (or interlaces) dates taken from the Tzolkin and Haab calendars for the mathematically and culturally important recording of New Age cycles which are renewed once every 18,980 days or 52 years. It should be noted that because the ancient Mayan name for their Calendar Round period is not know, different Mayanist scholars have referred to it using various names, such as: the Mayan Century; Mayan Life Cycle; New Pyramid Age; New World Age; or simply World Age, etc. A usage of the term 'New Age' in the above expanded definition of the Mayan 52 year cycle has no association with the New Age Movement. Rather, it is used here merely because of its lack of a suggestion on any major association the ancient Maya may have tied to their 52 year cycle. That is, an explanation with absolute certainty on the exact significance to which ancient Maya society placed on their Calendar Round is currently not possible. Again, we don't even know what they called it. All that can be surmised are speculations which are very often influenced by what we know of the Aztecs and their view of the Xiuhmolpilli. But, that is a very different culture from a different span of time. We should thus be quite cautious in assuming that the Aztecs and Maya viewed their 52 year cycles in exactly the same way, a propensity of many Western scholars.

A full appreciation of the Calendar Round entails an understanding that, while the Tzolkin and Haab calendars run their respective cycles independent of each other, every 52 years 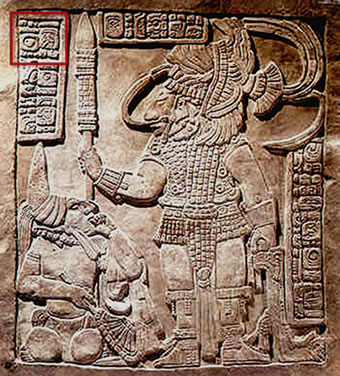 the first day of both the Tzolkin and Haab calendars will fall on the same day. It is, therefore, with this occurance that the start of a new Calendar Round will begin and the genius of its original Mesoamerican creators can be further seen. Mathematically, this can be determined by finding the least common multiple divisible by both the Tzolkin's 260 day cycle and that of the Haab's 365 days. In this case, it is 18,980 days or 52 years.

Usage of the Calendar Round predates that of the Long Count Calendar. Precise dates for the amount of time are currently not known. What we do know is, that, an end of the 52 year cycle was celebrated by all of the known Mesoamerican cultures. While Aztecs performed ceremonies at the end of their cycle believing this to be important in order to appease their Gods, it's not know if the ancient Maya shared this belief. Both did, however, practice what is called the New Fire Ceremony. The Maya held theirs at Chichen Itza where a convergence of the Pleiades and a solar zenith aligns with the Pyramid of Kukulcan at every 52 years.

In the artifact above, the Calendar Round is seen as a recording of the Tzolkin & Haab dates 1 Ajaw 3 Kankin.
See this related article: The Mayan Calendar: Our Planet's Most Superior Ancient Calendrical System