What is commonly referred to as the Mayan calendar is actually a number of calendars, which can be better thought of as a system of calendars intermeshed with correlated data rather than a single calendar count. To truly understand the Mayan calendar, it is important to have an appreciation for the differences between the functionality of our modern calendar and the mindset or needs of the Mesoamerican ancients who developed the basis for the Mayan calendar system. In contemporary society, it is normal to view our modern Gregorian calendar as an object which merely provides a reference to the number of days in a month, certain specific national or religious holidays, and a changing of the seasons alone. In addition to this normal usage, in the Judeo-Christian tradition from which it evolved, time itself is thought to be linear or terminal so to speak. In other words, time is perceived to have a definitive beginning, a middle, and end. For the Maya, this concept couldn't be further from the truth. To them, and many of the keepers of ancient teachings, time is cyclical. All that has occurred in the past will occur again. Additionally, the ancient Maya also believed that within each cyclical reoccurence of time there is a marked pattern of distinctive characteristics. In essence, the Mayan calendar system was developed as a means for keeping track of the repeating evolutionary life cycles of our local universe and their relative effect to the inhabitants of our world. It was an instrument used for all civil, religious, and predictive natures.

Although the Mayan calendar system, more so the Long Count Calendar now receiving great media attention, is generally thought to be an invention of the Maya, it is not. While in the world of Mayanists (including professionals in the disciplines of archeology, anthropology, museums of antiquity, and serious independent researchers alike), there is a general understanding that the overall system's origin is likely to be Olmec or Zapotec and unquestionably native to Mesoamerica; if there is "one" true place of origin in the region it is currently not known. Nevertheless, certain components of the Mayan (again more aptly "Mesoamerican") calendar system, have become more localized in the current scholarly debate. For example, there is one theory on the origin of the Tzolk'in which suggests it was developed by the people of Izapa in southeast Chiapas, Mexico, sometime around or before 1200 BC. Vincent H. Malmström, the esteemed professor theorizing this location, provides a cogent argument citing reasons based on astronomy, geography and paleontology [8, Chapter 6]. However, he is not alone. There are other theories which exist. As with most things concerning the Maya, there are rarely any absolute certainties regarding specific dates and locations. Often, there are many competing theories regarding every aspect of Mayan civilization. An understanding of the exact usage of all components in the Mayan calendar system is no different. While there are many known cycles of time that the Maya recorded (i.e., lunar/solar eclipses, planetary cycles, agricultural cycles, human gestations, and epochal periods, etc.), the four most commonly cited in discussions about the Mayan calendar system are: the Tzolk'in Calendar, Haab' Calendar, Calendar Round, and Long Count Calendar. 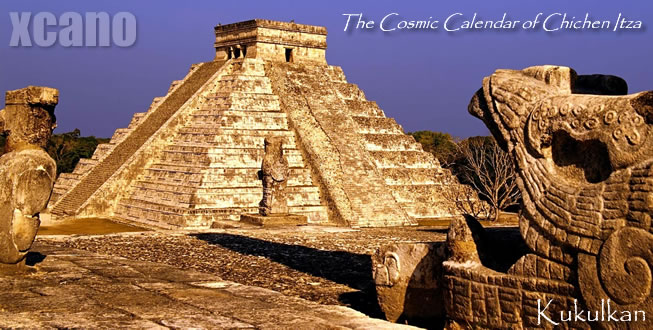